How to prevent Wifi auto-connect without forgetting that connection

In my workplace, we have both "real" and "test" wifi connection points. All are password-protected, with passwords that are difficult to remember. Normally I want to be connected to a real wifi, but from time to time, my work requires that I connect to a specific test wifi. I would like to retain the connection information for these test wifi services, including the password, but not auto-connect to them.

With my tablet (running Windows), for each connection listed, there is a checkbox for "auto-connect". I can uncheck that box and retain the information on how to connect, but connect only when I do so manually.

Is there anything equivalent on Android, or is my only choice to write down those passwords, and tell Android to forget the test connections after each time I use them?

Thank you for your attention.

Looks like (if its still relevant) this may be a thing of the past, as manufacturers are implementing this feature in newer android versions a well as builds i.e there is an option to disable wi-fi auto-connect.

AFAIK, this feature comes 'out of box' for Xiaomi (MIUI based) and Samsung Galaxy phones, you can disable wi-fi auto-connection with just a few taps: 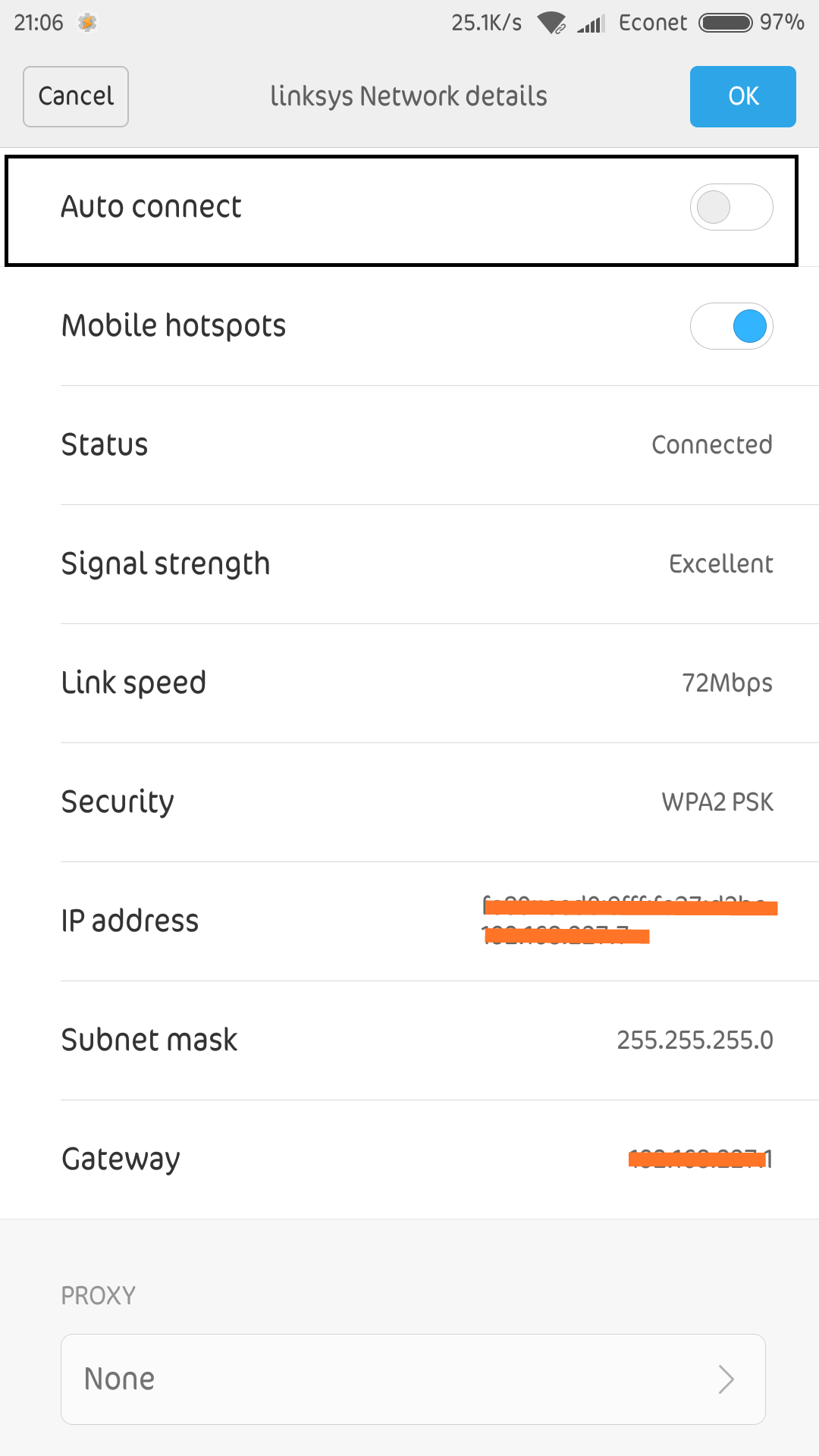 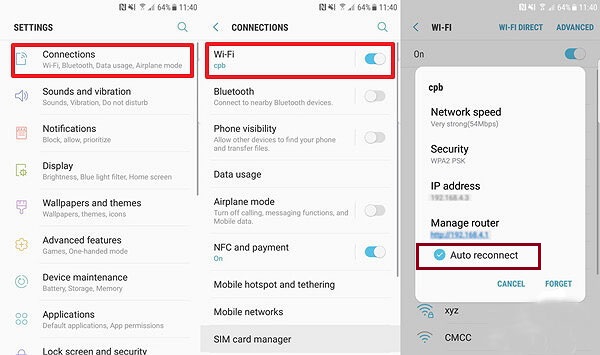 Nevertheless if you can't find this feature on your device, there is another workaround:

You have to install, an additional third-party application called WiFi Prioritizer (which seems to be working after trying dozens of related ones. Note I am not affiliated with this app or developer)

You may also want to take a look at WiFi Manager (again I am not affiliated with it).

How to Prioritize Wi-Fi Networks on Your Android Phone

I have a Sony Xperia Z2 and this auto-connect to WiFi has been driving me up the wall for months, and the Z2 doesn't seem to have the setting to switch off auto-reconnect, but tonight I finally found out how to stop it:

Go to Settings, tap WiFi. It will turn itself on, ignore that for now.

Tap the three dots menu top right, and tap "Saved Networks". This can only be done while wifi is on, it's greyed out otherwise.

For each saved network, long-tap it, a pop-up appears with an "auto connect" tickbox, pre-ticked. Untick the box. This should put an end to random wifi reconnects.

On the Z2 I have a VoIP app that connects to an Asterisk PBX inside a company VPN, via which I can receive Support calls. I also have 20 gig of 4G data a month, so no need to try and economise via wifi. So at home I'd turn wifi off from the top bar, connect to the VPN over 4G, and fire up my VoIP client to receive calls. And then after some random period of time the phone would decide to auto re-connect to wifi, breaking the VPN connection and disconnecting the VoIP. However the wifi signal in my workspace is very weak (router on ground floor, workspace in the attic - main PCs are on a wired network), so as soon as it had connected it'd drop off again. Plus all the random turning back on after I'd turned it off would waste battery power - if I turn a thing off I expect it to stay off. I came close to throwing the phone a few times.

I've googled this issue many times but all the threads on various forums referred to settings and apps that do not exist on my phone. Found the solution I've detailed above by chance this evening while out of desperation trying every conceivable option and tap-type. Given the number of frustrated users I saw on various threads, I hope this answer is of use to other people in the future.